Atlos Labs and the quest for immortality: but can we live longer right now?

I think Blagosklonny is right on target here (see paper below). People (including Altos) need to be focusing more on the immediate opportunities available to us now, the combination of medications that have already been shown to significantly increase lifespan in mammals.

Already we have Rapamycin and Acarbose giving a 39% increase in lifespan when started young (equivalent to late 20s age in mice)… who knows what the result would be if you added 17-Alpha estradiol, canagliflozin, etc.,

Mice studies by the NIA ITP program suggest we could be looking at a total lifespan improvement from existing, available, proven drugs - at perhaps 50% to 75% lifespan improvement. But nobody is focused on testing and validating these in humans… a huge oversight.

Blagosklonny has focused on this issue in the past - in his 2017 paper: From rapalogs to anti-aging formula

See the paper below, that was just published by Blagosklonny:

There’s no money or glory in repurposing existing meds for human longevity. I think Altos is after “moon shots”, truly out of the box revolutionary lifespan modifying interventions. They want to spit out a few more Nobel prize winners.

Having said that, I think just the petty cash could easily fund several full scale human RCT for Rapamycin and other promising “today” interventions. I can sympathize with Dr B.

Why not try and divert funding from cancer research, rather? There is even more money there, rapamycin is already known as a good candidate in this realm (see Rapamycin - for Cancer Prevention ), and you only would have to include anti-aging factors/markers in the study for being able to publish a separate “aging paper”. Making it officially a “cancer study” would even add to its credibility for most people. Win-win.

"Why not try and divert funding from cancer research, rather?

The major issue, there is no money in Rapamycin.

But there is public money for research. A debate is going on (in the US) about its present and future use: 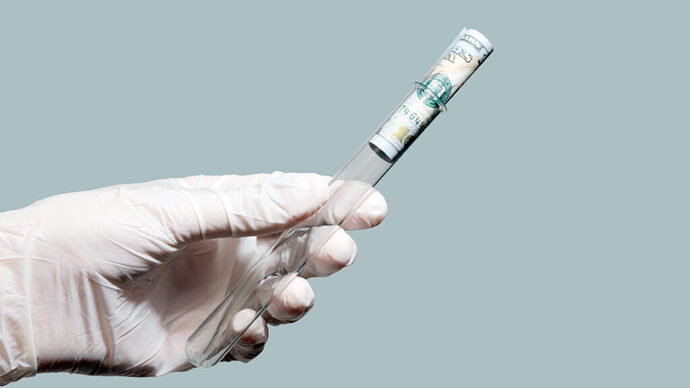 A new nonprofit wants to rewrite the playbook for how the U.S. government...

“Playing it safe doesn’t get you the best science. Some of the greatest scientific discoveries came from people who were taking chances," said Stuart Buck, executive director of the Good Science Project, a new nonprofit.

Healthy aging sure is a good subject and we can propose collaborations between teams (say cancer-aging, T2B-aging, AD-aging, etc.). I think it sounds quite good, no?

Why not try and divert funding from cancer research, rather?

I think this has to be the goal, in the next decade, to shift increasing amounts of money from disease focused research, to the increasingly more effective and proven approach of fundamentally slowing aging, and thereby reducing cancer, etc…

The National Cancer Institute’s funding is about $6.9 Billion / year vs. the National Institute on Aging’s funding of around $3.5 billion.

It seems ridiculous to me that the number one risk for cancer and all other maladies (aging) gets so much less funding than the more specific research area of “cancer”… it should be the reverse - more funding on the fundamental causes that are common to all age-related disease and dysfunction, and much less on specific disease like cancer.

Here is another example of why its way too early to get predictive about the “cellular reprogramming” or “partial reprogramming” techniques as being a cure for aging:

It has not even been shown yet to increase lifespan in any “normal” mice: 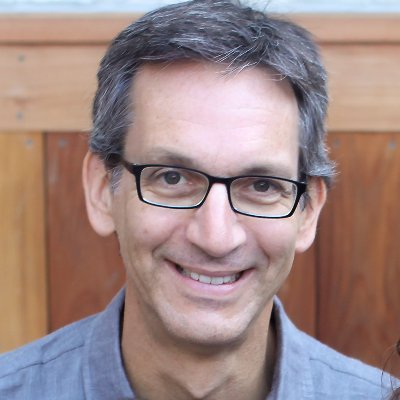 @KarlPfleger
@MartinBJensen@mkaeberlein Are there any other examples yet of partial reprogramming extending lifespan in vivo, in any species? Even w/o the synergistic part, this is interesting if it's really the 1st such published, particularly given the amount of money just injected into that area. 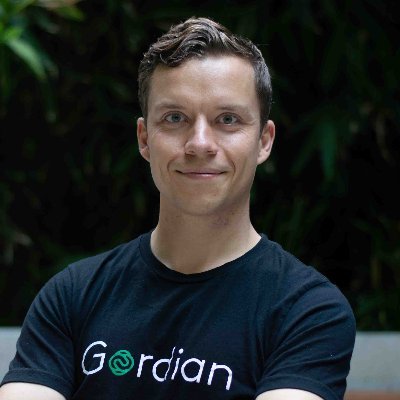 @MartinBJensen
@KarlPfleger@mkaeberlein Depends on your definition of partial reprogramming, but if it means 'intermittent expression of OSKM' then only one in the 2016 Ocampo paper, for progeria mice. Wildtype mice seems to have not worked.
1 Like
ajmch April 28, 2022, 5:30am #8

But has it been tried (to increase a normal mouse’s lifespan with cellular reprogramming)?

Because the day someone will be able to successfully apply cellular reprogramming to a whole living normal mouse will be a day or two before it will be possible to rejuvenate a whole human being.

As I see it, cellular reprogramming doesn’t work like “standard” anti-aging procedures: it is about rejuvenating cells, and thus tissues, organs, the whole body. It does not (try to) cure aging, it just makes it irrelevant. The research thus focusses more on the details, the way each organ reacts to the reprogramming, the different stages of reprogramming, their specific risks and the corresponding measures to prevent them, and so on. So, we must look for other signs of progression, for example the successes in the use of IPS cells. And that does look good.

Addendum: At ✂️ live longer - YouTube David Sinclair says that his team had to kill their mice after a one-year treatment that went very well (safety test) because reviewers insisted that the organs are examined. The test is being repeated now, in order to assess whether the mice are going to live longer as a result or not. He doesn’t say if the mice are “normal”, though. 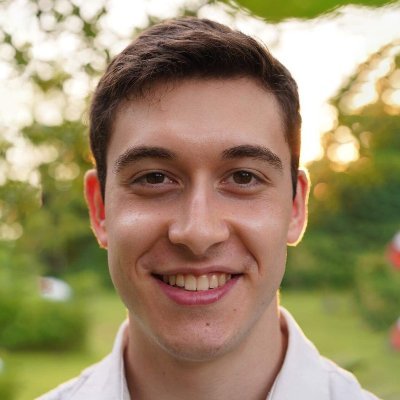 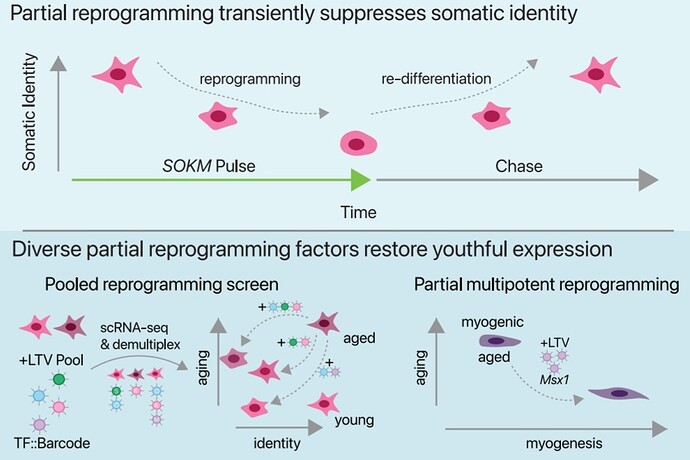 @MichaelRetchin
@jacobkimmel@CellSystemsCP 4️⃣ You don't need all four Yamanaka factors for PR. Most combos using 3/4 of the factors elicit indistinguishable effects. One hypothesis is that left-out factors get activated by the other 3. Repeating the combo experiment with inducible KOs could address this ambiguity.

@MichaelRetchin
@jacobkimmel@CellSystemsCP 5️⃣ Gene signatures of rejuvenation and loss of somatic cell identity can be partially decoupled by alternative factor combos. Is there some minimum identity loss necessary for rejuvenation? The ideal strategy should decouple them as much as possible.

@MichaelRetchin
@jacobkimmel@CellSystemsCP Also since last year,@JacobKimmel started building@newlimit to extend this work in a big way. They're hiring for a bunch of roles. newlimit.com
1 Like