Are SGLT2 inhibitors or acarbose better at blocking the spike from eating bread?

Seriously, I have just one question for those who are currently taking Acbose: Does it make you fart a lot or not? 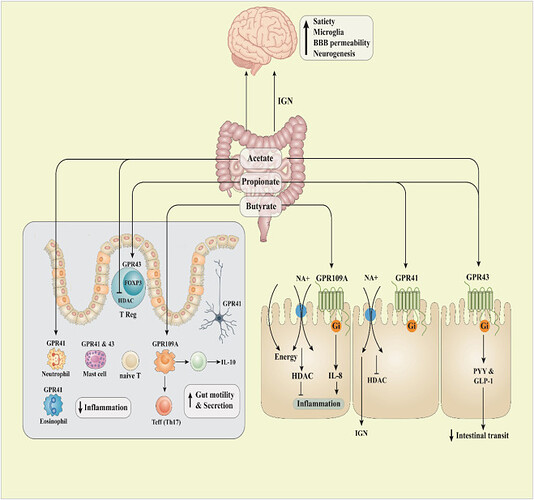 @tong - If you have time, can you give an example of the traditional Okinawa diet that you would eat in a day? I really want to try it!

Btw I would also note that bacteria are really good at adapting, that’s why I use multiple forms so they can’t beat it off - kind of like multiple antibiotics but in this case “naturally occurring in food” under different forms other than acarbose like and mostly nonsystemic.

Lots of microbiology and immunology are involved…but basically you can check to see the spectrum of flora in multiple samples from Okinawan centenarians - it is in the literature as well.

I’m still waiting on a future event before I can freely publish my entire library and data on it. I also need to sit down and transfer photos of all my written notes way back with my assistant including cooking instructions, mechanistic rationale and such even after that event.

But basically, my point is - they have a lot of plant-derived compounds from foods (they use “food as medicine” approach) that actually appear to work in very specific conditions, and the Okinawans actually copied the Chinese to a large extent actually when they sent this Okinawan guy to Beijing to learn from the dietary physicians (at the time Chinese physician ranking was “dietary medicine” at the top). It’s in the history books. I have read most of the classical Chinese medical, herbal, and dietary textbooks of that time period so a lot of the “diet as medicine” reasoning Okinawans were doing made more sense.

I found it weird that Western observers have always taken interest in acupuncture and TCM disease classification systems here in the US but not much written about Chinese “dietary medicine” in terms of TCM. Maybe it’s just because nutrition is pretty much at the bottom of prestige here in the US for physicians - kind of the opposite. And of course, nutrition is highly complex with multiple controversies and difficult to study beyond say NHANES data. Nearly nobody wants to fund a 10-20+ years trial.

Traditional Chinese medicine has a few gems to offer too, although I don’t practice any of it and I rarely if ever think of a reason to refer a patient to a US TCM provider. (I’m not a particular fan of almost all herbal extract supplements either) The most obvious one is the malaria drug artemisinin. But unfortunately, a lot of work on actual scientific mechanisms for a lot of parts is needed before a lot of these gems can be extensively proven in human trials. At least they already passed a decent 100+ year “trial”.

Look forward to seeing when it comes out. I was just curious what a typical breakfast, lunch and or dinner would look like. The Chinese connection is interesting!

Those who want to go the herbal route to SGLT inhibitors, see below: 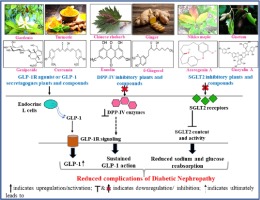 Phytomedicine as a source of SGLT2 inhibitors, GLP-1 secretagogues and DPP-IV...

Lol this thread came up #2 when I searched for acarbose + bread.

I am going to try this to make this thread useful for once. I really did get in major trouble for judging someone for eating bread. I need to redeem myself for that sin so that I can stop judging people for eating bread. Besides it’s important to convince people that longevity practices do not need to involve forgoing the pleasure of food - bread is a common pleasure of many! (but then people don’t even take acarbose and that’s irrational)

FOR THE FIRST TIME IN MANY YEARS, I AM GOING TO DO THE UNTHINKABLE…

TO… ORDER… A SANDWICH…

Freezing, then thawing bread before toasting, works as well.

The impact of freezing and toasting on the glycaemic response of white bread...

A doctor on a different thread actually posted some interesting studies showing that SGLT2 inhibitors do not lower the postprandial (i.e. post-meal) glucose spike in non-diabetics

Yes - here it is: (IMPORTANT) SGLT inhibitors are not a substitute for Acarbose

Some day, some day, I will FINALLY discover that eating bread is NOT sinning in the same way that carnal desire or eating higher vertebrates is.

I’d highly encourage seeing a therapist to see if you qualify for the diagnosis of binge eating disorder, preferably a cognitive-behavioral therapist or a similar modality. It sounds like you’re looking for a crutch to allow you to binge on various foods without the physical consequences rather than address the underlying disorder. The post-binge guilt is probably at least as damaging as any harm to your body.

Yes I sometimes feel guilt from eating too many nuts or other food, but the guilt is short-lived. It doesn’t dominate my mental calculations as much as guilt from MANY MANY other sources like social messes or taking too many courses.

FWIW I do not need bread, I’m only testing bread just for the sake of being able to give better advice to other people (and to lower my disgust response to them). I love using the disgust response as a way of getting everyone to slow their own aging rate because I think there is only good from reminding people to make SMALL adjustments in lifestyle so that they can slow their aging rate too (even though I know this makes me annoying to some parties).

I’m an edgy and contrarian person by nature, I admit that I love the pro-ana community (but do not partake) simply due to its intrinsic edginess, I exaggerate emotions. Some people think I literally have bipolar disorder when I don’t have it (I am just more public about my sub-bipolar mood-swings than most bipolar people are about theirs). I like being “interesting” and that sometimes means I exaggerate emotions and try to “pull people” away from being emotionally stunted, even if it sometimes causes awkwardness.

As much as I love the CR/longevity communities, most people in them are super-emotionally-stunted (that’s why they can barely get anyone else in the world to care about them).

Are you a psychiatrist?

Good question/point. Although I do have a degree in psychology, I am not a psychiatrist or psychologist, so I’ve reworded my above post accordingly.

Did it. Ate 8 slices of Geneva Hostel whole wheat bread + 300mg acarbose at 6:45. It is now 8:09. Glucose increased from 70 and gradually peaking at 94. This is way lower than the glucose spike from eating a SINGLE apple or a single lb of strawberries. AUC still remains to be determined.