Another drug to counter effect the signs of aging?

Another drug to counter effect the signs of aging?

If you need to lower your blood pressure, perhaps this is a drug to consider.
It is well tolerated and has few side effects.

“which was shown in animal studies to reduce inflammation, enhance mitochondrial energetics, and improve muscle repair and physical performance”

“Our results indicated that administration of losartan not merely restored erectile function, but also significantly prevented corporal apoptosis and oxidative stress in AED by suppressing the Akt/Bad/Bax/caspase-3 and Nrf2/Keap-1 pathways.”

“Losartan might have therapeutic effects on not only hypertension but also prostatic hyperplasia in humans.”

“The effects of losartan on senescent spontaneously hypertensive rats were due not only to its blood-pressure-lowering action but also to the blockade of specific mechanisms derived from angiotensin II type 1 receptor antagonism, which might involve an increase in availability of NO.”

“Owing to its exclusive action on uric acid
as compared with other ARBs, it can be the choice of
therapy in patients with high uric acid levels.”

Losartan, sold under the brand name Cozaar among others, is a medication used to treat high blood pressure (hypertension). It is also used for diabetic kidney disease, heart failure, and left ventricular enlargement. It is taken by mouth. It may be used alone or in addition to other blood pressure medication. Up to six weeks may be required for the full effects to occur. Common adverse effects include muscle cramps, stuffy nose, cough, high blood potassium, and anemia. Severe adverse effects m...

Abstract. Losartan is an oral antihypertensive agent that is rapidly metabolized to EXP3174 (angiotensin-subtype-1-receptor blocker) and EXP3179 (peroxisome pro 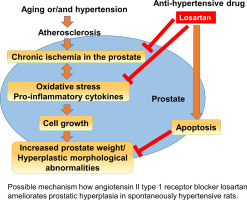 Therapeutic effects of losartan on prostatic hyperplasia in spontaneously...

We investigated the therapeutic effects of losartan, an angiotensin II type 1 receptor blocker, on prostatic hyperplasia in spontaneously hypertensive…

In recent years, the role of angiotensin II (Ang II) and Ang II type 1 receptor (AT1) in the crosstalk between the immune system and the central nervo…

I take telmisartan. Here’s an article that describes it’s benefits. Since this was written in early 2015, the price is much lower than stated. I pay around $10 a month.

Why Telmisartan Is Best For Blood Pressure - Life Extension

“In comparison with losartan, telmisartan provides superior control of BP and has no association with increased risk of adverse events.” 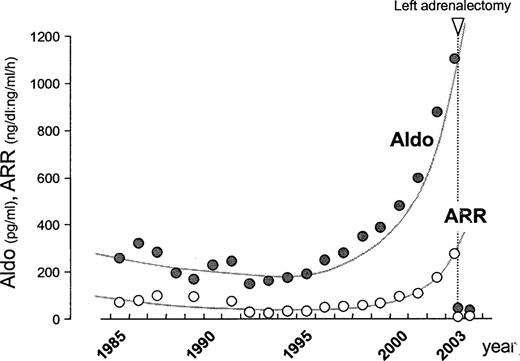 AbstractBackground. Hypertension is a major risk factor for cardiovascular disease, and data regarding the efficacy and tolerability of telmisartan compared wit

Mikhail V. Blagosklonny mentioned these two drugs in his opinion article in 2014

In addition to this article, Bill Faloon talked about this a couple of times in his meetings at the Church of Perpetual Life. Bill said he used to take this drug too but after getting NAD infusions, his high BP went to normal.

I’ve been self-prescribing losartan since 2017. I take it every 2nd day, and enalapril on the other days. I get them from Russia. My Russian doctor nearly had kittens when I told him.
I’d prefer Telmisartan but the price is horrendous.

Lozartan gave me adverse reaction (severe gastritis) after only 1 pill.

“Comparison of telmisartan versus losartan: meta-analysis of titration-to-response studies”

Comparison of telmisartan versus losartan: meta-analysis of...

Telmisartan 40/80 mg is superior to losartan 50/100 mg in controlling DBP and SBP during the last 6 h of the 24-h dosing interval.

I used to use losartan as my default “go-to” anti-hypertensive drug for my patients (as well as personally), but feel as though I definitely traded up when I switched to telmisartan. Among telmisartan’s other virtues, it’s effective for BP control with once a day dosing; whereas losartan has a very short half-life and really ought to be taken twice a day. Still, losartan’s uricosuric effects should be acknowledged for people with higher uric acid levels (higher than > 5.5 mg/dL or so in my book), particularly if someone can’t tolerate or shouldn’t take allopurinol for some reason. (For instance allopurinol has been reported to triple a person’s risk for developing bladder cancer, so it might not be a wise choice for those with a significant smoking history.)