SGLT2 inhibitors lower BP (you mentioned in another thread that you recently ran out empagliflozin, so maybe that’s why?).

Wow - very interesting. So I did start using my new Balance Health bluetooth enabled blood pressure monitor just before xmas. So - I just went back to check what the readings were before I ran out of empagliflozin - and you’re absolutely right - my blood pressure was lower when I was on empagliflozin (10mg/day) - except for one deviation right after a cup of coffee/early morning that went to 136/85. Strangely, my resting pulse seems very high now also. Its usually in the mid-60s, but I haven’t been exercising the past two weeks, so that may be part of it.

Here are my December BP Test results left side, January Right Side:

Conclusion: Our research showed that magnesium and vitamin D have an interactive effect in reducing SBP, which may have great importance for clinical medication.

Dietary magnesium intake modifies the association between vitamin D and...

Grapefruit I used to eat with 10mg rapamycin today spiked it to 135 (along with a whole 760 calorie box of almonds), but quickly went down after. I think grapefruit is safe. EVERYTHING ELSE EQUAL, carbs are the most pro-longevity burning fuel [tho verdict is out on triolein] but ONLY if you don’t increase BG while taking them, so it’s useful to find the foods w/carbs that don’t spike glucose.

Also grapefruit just intuitively seems to be one of the healthier fruits (the other ones are strawberries, lemons/limes, and pomegranate) => more astringent-y/tougher fruits are healthier. I once saw eating 4 cherries spike it up 20 pts (which was scary), as was eating just 4 rice noodles at a toronto chinatown restaurant (I didn’t go beyond that) - that alone spiked it to 130

2 bags of riced cauliflower spiked it briefly to 130 but the decrease was fast. Still, if cauliflower can do that much…

I got my blood pressure cuff in the mail. Idk how accurate it is (I have small arms) but I got 139/96 the first time then 110/90 the second time. Also got my potassium chloride salts in the mail (will use these more).

BP at 116/67 now. Thank god… Still higher than it normally is but I’ll see if the effects are prolonged…

Thanks for posting that! Do you notice a dose/ response relationship with the rapamycin and blood pressure? What dose of rapamycin are you on?

I just did 200mg acarbose + 860g of canned cannellini + black beans and my blood glucose level barely increased at all (though it might still take more time) [also ate 760 calories of almonds right before). If this holds up, this could be HUGE.

I’m currently on 12 to 14 mg a week.For the blood pressure I do notice a correlation between taking myRapamycin and increase blood pressure about 30 points above normal. The increase dosing of Rapamycin seems to feel great on my energy.

What dose rapamycin are you taking these days? Weekly?
Do you have any idea why blood pressure might be lower?

Here is my blood glucose on 100mg of acarbose

My target zone is 70 to 120. I don’t worry about the readings lower than 70 because my finger prick readings are 10 to 20 points higher (which I take as more accurate).

No issues other than bloating which I don’t mind

BP is normally low side, it spiked lately for some reason that could be related to the death of someone extremely important (don’t trigger me)

latest two BP: 94/64, 91/58. My parents tend to have very good BP (and fasting glucose) scores despite their shitty diets so these should be measures I should not be overly concerned with - but I’m aiming for outlier outcomes.

OH I ATE ONE LB BAG OF CARROTS YESTERDAY. they raise BG more than other veggies but not by TOO much and are super filling

My average BG levels aren’t optimal but they’re ok… BG isn’t the primary driver of aging and I think antioxidants reduce their glycosylative damage. I get extremely unable to focus if I feel hungry right now (am very neurotic)

Are you using the Librelink 2? I got mine yesterday and have been a little freaked out by the numbers, which seem way higher than they should. Peter Attia says he prefers the Dexcom CGM because you can manually calibrate it with a finger-stick meter, and that they almost always need calibration. I’m getting a separate standard glucometer tonight to compare readings! 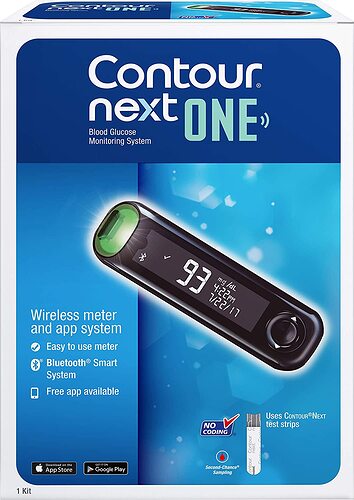 Amazon.com: The CONTOUR NEXT ONE Blood Glucose Monitoring System : Everything...

Ugh last spike after eating strawberries and 3 bags of cole slaw. Not the worst spike, but I still feel terrible afterwards (this doesn’t happen after all spikes)

Ugh I should have just eaten nuts or beans

My day, skipped breakfast, acarbose, yogurt, carrots and granola bars and nuts throughout day… While biking.

Spiked to 130 again after eating salsa and feel fuzzy. It’s not the worst but I should mix salsa with beans next time. Ugh. Not fully able to focus.