360 calories of colavita diced tomatoes. Ugh… Will add olive oil next time to see if it blunts

(no empagliflozin either, looks like the spike is now down just as much as with empag)

Fasting BG has often been in the 70s lately, I wonder what happened.

I have reduced calorie consumption A LOT over the past month (it’s not that hard with nut milks…) Probably to CR levels half the time.

I did get a shipment of Koroneiki EVOO lately - I’ll add it to the diced tomatoes to see if it reduces the glycemic response.

I have attached Dexcom G7 this morning, but I am going to wait until I get a reading from a fasting glucose test from a Lab on monday morning before calibrating it. Looking at research papers it can easily have up to 10% error. Mine is reading quite a bit higher than my non-fasting lab tests that I have had as recently as last Monday. (and that was after a breakfast with toast, beans, sausage and bacon).

I used a G6 earlier this year, but I want to see the way which my glucose systems respond to my current protocol which has shifted a long way since February/March when I last monitored glucose.

I found the G6 quite useful in indicating how things were and it will give me a good baseline to compare to.

If anyone else is thinking about using a G7 who has an android phone they should be careful to check compatibility first. The G7 software does not work out of the box for more modern versions of the OS. However, someone kindly has created a hacked version of Dexcom’s software which does not check the operating system for compatibility and refuse to run if it thinks it might not work. That version works.

fasting glucose is now in the low 60s (occasionally 58). weight is down to 96 lbs. Still warm/fast metabolism. appetite has been low, no need for semaglutide, and reducing metformin dose now.

I have been very “emotionally weird” lately (let’s just say I’m not doing that emotionally well rn), but this is due to recent events and is diet-independent

There were A LOT of colvita diced tomatoes spaced in between - like 10 packs total. I liberally also put A LOT OF olive oil in to try to reduce the spiking (and there was no huge spiking this time, unlike previous administrations).

Just took SEMAGLUTIDE today, it’s possible my low appetite from last week came from it. It’s nice to be distracted by food less. Eating too much often knocks me out

If my fasting glucose was in the low 60s I would feel “weird”.
Do you have evidence that glucose levels that low are actually good for you?

I am getting some really odd readings from my Dexcom G7. It may be that I have put it in a place that doesn’t work that well.

glucose levels in the 70s are better, yes. usually they go up when i really go awake. they aren’t in the 60s often.

i have been on semaglutide today and felt full enough with just blueberries + amy’s chili, I hope this feeling of “fullness” lasts because it’s wonderful not to be distracted by food all the time (plus sometimes eating LOTS of food can destroy me for an hr)

[only for a portion of the day. at the end of the day i ended up loading up on the rest of my broccoli +frozen veggies + olive oil]

average in the 90s despite me not eating much food today + sleeping (other than A BUNCH of olive oil + broccoli). Maybe the averages are so high b/c of the olive oil OR b/c I took a break from empagliflozin. Need to take more controlled dosing of empagliflozin to see if it reduces fasting glucose by 10 pts…

i ate A LOT of olive oil last night (definitely well beyond what I’m used to) - it’s nice to have a way to backtest olive oil binges vs nut binges. olive oil can be used to flavor vegetables.

also i had a weird glycemic spike JUST from cucumbers (i otherwise ate little food at the event). I wonder if too many MUFAs can induce extreme insulin resistance the next day. This has happened before.

wow I really have not eaten much less since trying semaglutide. 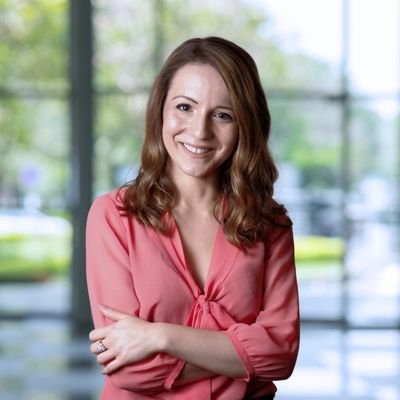 @AndreeaNRD
@Boldizar The patent application submitted by Rick Johnson & colleagues suggests extracts from a variety of plants are capable of inhibiting fructokinase (aka ketohexokinase, of which the isoform C is the culprit in metabolic disorders) 👇 patents.google.com/patent/US20140…
1 Like
← previous page