What is the Rapamycin Dose / Dosage for Anti-Aging or Longevity?

As a Type 1 diabetic, I keep a close eye on my blood glucose, and I have noticed no discernible effect of rapa. In fact, my blood glucose may be slightly lower during the first couple of days after dosing rapa.

my blood glucose, and I have noticed no discernible effect of rapa. In fact, my blood glucose may be slightly lower during the first couple of days after dosing

i am not diabetic, but i find that its lower when on rapa if not eating carbs or at night its much flatter then normal. but when eating carbs, the response it more extreme, but comes down quickly.

i would assume that its similar to in a fasted state. when fasting and there are fatty acids at the muscles, they dont take up glucose as well (the glute 4 transporter get inhibited from intaking glucose into the muscle). the most likely reason is to preserve the glucose for the brain.

In terms of ApoE testing, even if you were ApoeE4 positive is there any data on this being a problem with rapamycin? Do most patients see increases in lipid markers and is the risk of this higher than potential benefits of rapamycin?

The difference between Evirolimus and Sirolimus is profound. Evirolimus is much weaker and thus requires more the block Tor 1 than Sirolimus does. So the Mannick study of 20 mg weekly would take a lot less Sirolimus to obtain same results. These rapalogs were really developed for everyday usage to prevent organ transplant rejection. Sirolimus with it much longer 1/2 life is really a much better drug for longevity purposes and it also gives you a much bigger bang for your buck.
Also, these dosages depend on your age, the older you are the stronger your Tor signal is and you need more SIrolimus to inhibit it. So a Dr. Attia taking 6 mg weekly at 48 yo., is not compartibile to a 70 yo taking the same 6 mg. weekly. 70 yo would get much less benefit and would need to increase his weekly dosage to get a compartible benefit. Now Dr. B taking 20 mg bi-weekly is probably more of a better guide. His age is probably around 63 yo.

Where do you get your information on the need for higher dose at older age? Seems to be at odds with some results. For example, Dr. Green unequivocally states that at 72 years of age he did 6 mg/week and it worked in many ways in obvious health benefits for him. It’s a very important point and you may be right. But need to know if this is your conjecture or has some other basis in fact. Dosing is one of the big unknowns with this drug.

The difference between Evirolimus and Sirolimus is profound. Evirolimus is much weaker and thus requires more the block Tor 1 than Sirolimus does. So the Mannick study of 20 mg weekly would take a lot less Sirolimus to obtain same results.

I’m not sure that is accurate. On the Peter Attia / Lloyd Klickstein interview, Lloyd suggested the equivalent dose was a little lower for sirolimus vs. everolimus (20% to 30% or so) - see here.

And Matt doesn’t see much difference in the two drugs:

I was Dr. Green’s 2nd patient in April 2017 so have been following ever since. He was taking 20 mg every 2 weeks last I heard. The reason for the higher dose is we have learned a lot in the last 4 years on dosing. Also, Dr. Blagosklonny who is really the Godfather of rapa is also taking this dose and thinking about going to even higher dose. They both wait long enough for rapa to trough before next dose. They are elderly, and Tor signal increases with age. The thinking is swinging to the believe that higher doses get past the brain/blood barrier into the hippocampus part of brain and inhibt Tor 1 there. Many believe this is where ageing is regulated. We may never get a trial in humans on dosing. Who is going to pay for it? I personally follow the “experts” on my dosing. Dr. B has stated in his dosing paper that one can increase dose until you get side-effects then back off with no limit. Every person is different

Dr Green said on Saturday that the vast majority of his patients are taking 5 to 10mg once per week and that he has moved away from higher fortnightly dosing.

He and MK strongly cautioned against pushing the dosages higher… I have subsequently dropped mine back to 8mg/wk which is a little over 0.1mg/kg.

Big, big difference in what Kerry and Maveric say about dosing by Dr. Green and recco/caution by Kaberlien…Hmmmm.

Also Kerry…I asked this before…what data do you refer to in the statement that the older you are the more you need…this also goes against what the current recommended doses by Green and MK say they recommend. And more to the point they say they got great results at 6mg/week when Green was 72. I cannot find anything at all that speaks to this.

Kerry hasn’t said this, but I have seen from others that the rationale for a higher dose when older is that mTORC1 seems to get increasingly dis regulated as we get older (i.e “hyper function”). I’ve heard (though not seen the research) that there is a more regular dynamic range for the increase and decrease in mTORC1 activity, and while periodic mTORC1 activation is good for growth and healing, etc, a state of being “always on”, which seems to be more common (or even typical) in older age is a key issue. Ultimately this is probably a question for Kaeberbelein et al.

FWIW this is an older paper, published online 2014 Aug 7

“Rapamycin and aging: When, for how long, and how much?”

Rapamycin and aging: When, for how long, and how much?

The drug rapamycin is the only pharmacological agent thus far shown to reproducibly extend lifespan and delay a subset of age-associated pathologies in multiple strains of mice. Unfortunately, the vast majority of aging-related studies on rapamycin...

As I have said before we are all PFA* dosing

My question is prompted by the anecdotal stated evidence/claims of “aged” users at lower doses…say 6-8 mg/week… that they see major improvement in several health parameters. This is counter to this discussion on higher dose being required at greater age. My personal goal is to establish a dose that yields tangible health improvement, realizing that a higher dose may do more for lifespan or even non-obvious health improvement…like prevention of a hidden cancer. Kind of walk before running. I realize that for me it is a bit difficult to measure 'improvement" as I have just the usual symptoms of being in my 70’s and no really limiting illness. I know I will have to experiment but as a start I’d like to know the basic parameters…eg. am I wasting my time and money at 6 mg, or even at 10. I realize no simple answer, but the speculative discussion about age equals more is really not much to go on…again especially in view of the stated low dose results at increased age. Be good to have Kaeberlien comment on this from a practical perspective.

ore…what data do you refer to in the statement that the older you are the more you need…this also goes against what the current recommended doses by Green and MK say they recommend. And more to the point they say they got great results at 6mg/week when Green was 72. I cannot find anything at all that speaks to this.

If I remember correct, Peter Attia mentioned like 6mg on one of his podcasts (maybe with matt or rich miller regarding the ITP). I believe that he had done some extrapolation from the mice data

from the drive episode 175 with matt kaeberlein

Peter attia has varied from 5-8mg a week

“He uses dosing and frequency data from Joan Mannick and Lloyd Klickstein‘s 2014 paper using everolimus, which is reasonably similar to rapamycin”

Inhibition of the mammalian target of rapamycin (mTOR) pathway extends life span in all species studied to date, and in mice delays the onset of age-related diseases and comorbidities. However, it is unknown if mTOR inhibition affects aging or its...

I would not take his dose as gospel, but as a reasonable guess given the limited data in the paper cited. The paper shows side effects by count and type at 3 dosages: 0.5mg/wk, 5mg, and 20mg. You can’t do much fine-tuning with those broad ranges. Maybe he also has measured his own peak and trough levels while observing his own side effects?

I think Peter weighs around 65kg which means again he’s using ~0.1mg/kg. He monitors blood work and blood glucose very closely so will have it as tuned as anyone… though may also be more cautious than some here.

In terms of APO4 That is one of the conditions that Dr. Green in New York prescribes Rapamycin for is for people that are positive on their genetics for The APO gene. Rapamycin is supposed to be preventative towards it.

@RapAdmin This video with Dr. Sabatini does a nice job explaining his thoughts about how mTOR 2 can be disrupted by Rapamycin. He thinks it does not block it directly rather during its assembly that starts as mTOR… about 4 min into video 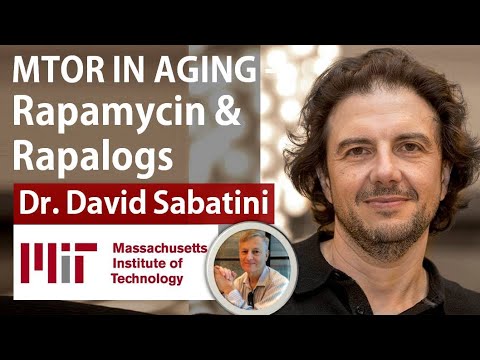 Yes, it is a simple and effective description of how mTORC2 is inhibited by rapamycin by preventing its assembly. As wikipedia says

Does this mean that periodic dosing of rapa will allow periodic assembly of mTORC2? Will this be sufficient not to inhibit the metabolic effects of mTORC2?