Another challenge you “might have”, is neurologists don’t normally take you in unless you’re “symptomatic”. So you’ll have to find someone who sees the risk profile and wants to help you delay future decline.

There are all kinds of papers on TREM2,

This is complex… ran across this about how TREM2 inhibition may be a cancer therapy… so I don’t know what the trade-offs here are:

It remains the case that far too much of the extensively funded work on cancer therapies is only relevant to a tiny subset of cancers. This is no way to achieve success in the fight to control cancer: there is only so much funding, only so many...

That’s interesting. So the same mechanism that could potentially exacerbate AD may inhibit, or even reverse, cancer growth.

This is interesting and fairly easy to do. Might want to consider it. 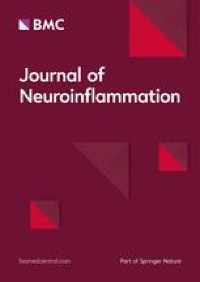 Background Exposure to sunlight may decrease the risk of developing Alzheimer’s disease (AD), and visible and near infrared light have been proposed as a possible therapeutic strategy for AD. Here, we investigated the effects of the visible, near...

Thanks so much! I really appreciate you sending me that study. I will definitely look into it and step up my use of the 40hz light wave I use occasionally. I assume you saw the reference in the article you sent to Rapamycin use getting in the way of the FIR light working to help get rid of the amyloid plaque? Such a bummer, I really wanted Rapamycin to be my magic bullet!

It was very interesting that sun exposure ,using non melanoma skin cancers as a biomarker , has shown protection against AD.
I did see that rapamycin via mTOR inhibition inhibits the benefits of infrared. It’s a complicated mess.
Don’t forget though that you could use the infrared on those days when mTOR is least, or not at all , inhibited by the rapa.
It’s nice to know that all of my actinic keratoses are good for something.

Thank you, I didn’t know that. I have had “chronic” keratoses along with one basal cell and one squamous cell cancer since I was 40. Normally I have to see a dermatologist at least twice a year for “cryosurgery”. I am an engineer and for many years had access to liquid nitrogen and did my own cryosurgery. Since I have been taking rapamycin my skin has cleared up and I haven’t had to see a dermatologist. So, maybe some good came from that overexposure to desert sunlight.

Here’s a study looking at the importance of vascular health regarding the prevention of AD. Might be more important than genetics.

And speaking of vascular health don’t forget about K2.

Older adults with the high­est vitamin K2 intake had a sharply lower risk of death from coronary heart disease.

Here’s a study looking at the importance of vascular health regarding the prevention of AD. Might be more important than genetics.

100% this is a leading theory (beyond just vascular AD), would explain many of the clinical biomarkers associated with AD INCLUDING genetic predisposition, herein re-posted.

The Vascular Hypothesis of Alzheimer's Disease: A Key to Preclinical...

The vascular hypothesis of Alzheimer's disease (VHAD) was proposed 24 years ago from observations made in our laboratory using aging rats subjected to chronic brain hypoperfusion. In recent years, VHAD has become a mother-lode to numerous...

Yes, and it explains the importance of nitric oxide and the vascular endothelium and why modalities such as exercise and pde5 inhibition can be important preventatives.

@rivasp12 re PDE5 Inhibitors, and that landmark paper on association of use with dementia reduction, I’ve been meaning to go back and look…do you know off hand what was the average dose and frequency of using Sildenafil (Viagara)?

Could you not make an argument that continuous daily 5mg dosing of Cialis with a longer half life is perhaps superior than infrequent, short half life Viagara?

Do you really think the Viagara efficacy on vascular/neuronal* with short, higher peak bursts is superior than continuous?

Unless the men were taking Viagara daily, then perhaps much stronger signal. 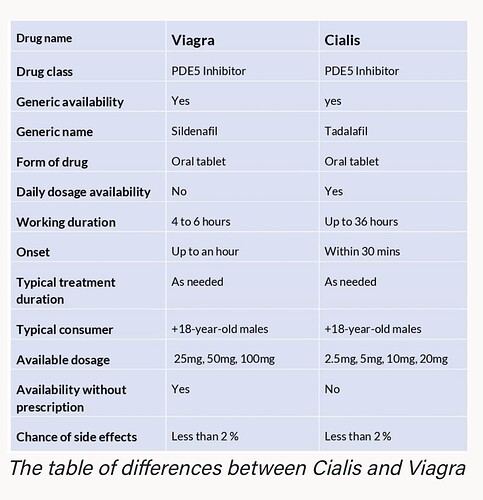 I think actually that daily dosing of cialis is probably preferable. Better able to reach a steady state and less likely than viagra to get tachyphylaxis.

A once-daily dose of tadalafil for erectile dysfunction: compliance and efficacy

Selective phosphodiesterase type 5 inhibitors (PDE5Is) have revolutionized the treatment of erectile dysfunction (ED) in men. As an on-demand treatment, PDE5Is have excellent efficacy and safety in the treatment of ED due to a broad spectrum of...

If you go back to that original thread on Viagra/Alzheimer’s, there’s good reason to believe that it’s not the PDE inhibition but rather the unique structure of sildenafil/Viagra which may not necessarily even apply to other PDE5 inhibitors.

Yes, I think that may be true…not at all the classic vascular mediation.

“To understand how sildenafil might affect AD, the researchers grew neurons from stem cells derived from AD patients. Exposing the cells to sildenafil led to increased growth of neurites, which connect neurons to each other, and decreased tau phosphorylation, an early biomarker of AD."

And onnly sildenafil was evaluated, no other inhibitor. Although there are many studies/trials underway for taladafil due to its pharmacokinetics.

Or perhaps a completely different mechanism.

That may well be true.
Might be specific to viagra.

May be a new technology to pick up AD early on. Hopefully early enough to initiate rapamycin. 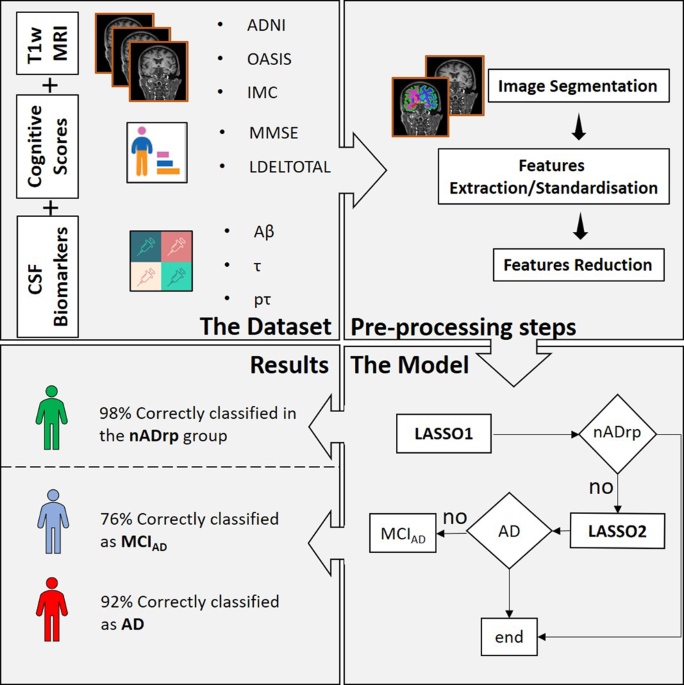 A predictive model using the mesoscopic architecture of the living brain to...

“In an internal test set (the 1.5 T ADNI cohort), the ApV1 is able to discriminate between people with (ADrp) and without (nADrp) Alzheimer’s related pathologies with a 0.98 accuracy”

“This procedure permits triage of patients who neither have MCIAD nor AD, taking into account the notion that Alzheimer’s disease exists along a spectrum, from early memory changes to functional dependence and death” 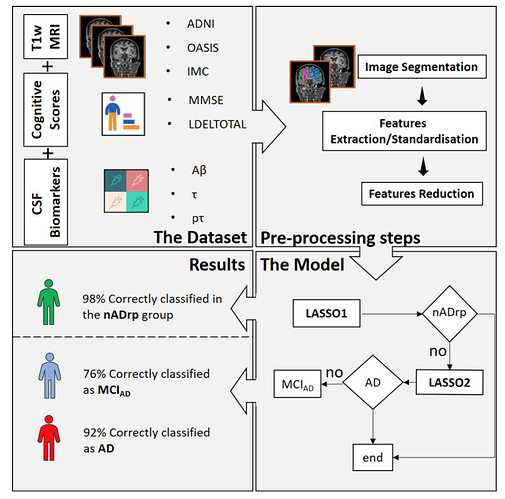