That’s good but check out leokareas on Amazon. Very expensive though, but might be worth it.

I really go out of my way to procure high oleocanthal grades, typically come from Greece/Cyprus/Italy.

This is all new to me - thanks for sharing. Some info on this topic for the neophytes like myself: 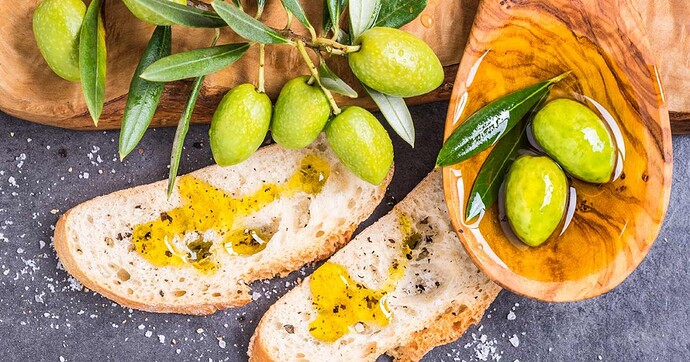 The Best Olive Oil With Some of the Highest Oleocanthal Content

Discover the science-backed power of oleocanthal. What is oleocanthal, and why should you care? In a nutshell, this natural phenolic compound is found exclusive... 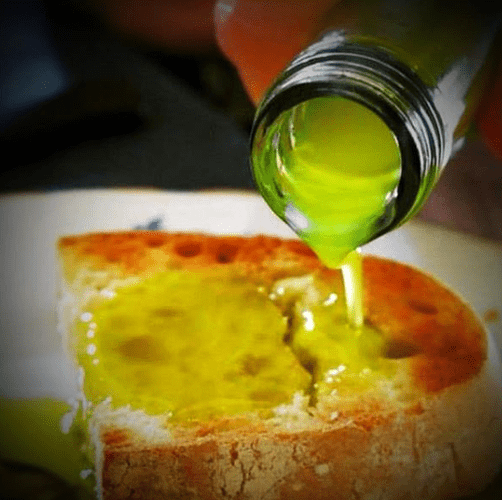 Which Olive Oil has the Most Oleocanthal? 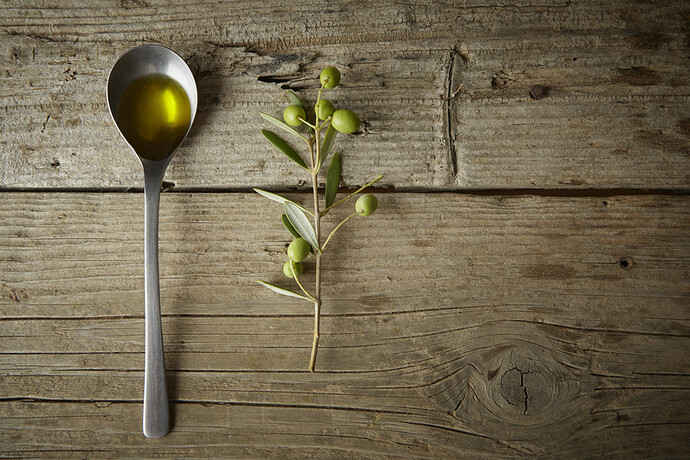 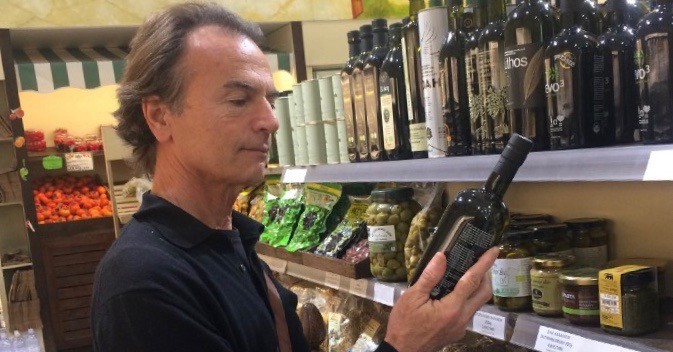 Get your own take on this new category of olive oil for health.

It might be great, but I’d have to see the phenolic analysis. All I look it really.

Who has distribution in the US, I don’t know. There are likely good ones from Italy, but they don’t market themselves well re Oleocanthal.

I am still working through the YANNI EVOO I posted above.

@rivasp12 Actually, it references the oleocanthal on this sku: 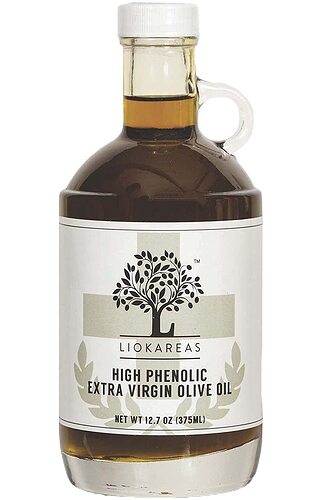 “896 mg/kg OLEOCANTHAL - The polyphenol only found in Extra Virgin Olive Oil is the secret to Liokareas Rx HPEVOO. 959 mg/kg Oleocanthal is one of the highest EVOO’s produced in the world! The oleocanthal is what is responsible for the peppery, pungent, burning sensation in the back of your throat when you taste extra virgin olive oil.”

Are there any others? Unfortunately, Amazon doesn’t ship this brand to Hong Kong…

I drink olive oil every morning. I mix my NMN, resveratrol, and apigenin along with some black pepper and tumeric and have it as a healthy shot in the morning. I’ll also mix fisetin, quercetin and grape seed extract in when I pulse them monthly as a senolytic. Not sure how effective those senolyic agents are these days though…

An scientific overview of OLEOCANTHAL in olive oil:

I always find it frustrating and confusing when something that seems so likely to be helpful in aging fails in the NIA ITP program… If curcumin is helpful in reducing inflammation, and inflammation seems so important in aging, why doesn’t it extend lifespan in mice?

But it does look interesting:

Curcumin – the spice which gives curries their yellow colour. Anti-inflammatory and neuroprotective. Needs to be taken with black pepper (piperine) to improve bioavailability.
Curcumin - The Nutraceutical With Pleiotropic Effects? Which Cardiometabolic Subjects Might Benefit the Most? Full Text
Curcumin improves D-galactose and normal-aging associated memory impairment in mice: In vivo and in silico-based studies Full Text & Astaxanthin
*Three months of combination therapy with nano-curcumin reduces the inflammation and lipoprotein (a) in type 2 diabetic patients with mild to moderate coronary artery disease: Evidence of a randomized, double-blinded, placebo-controlled clinical trial

Will add Resveratrol, metformin, and NR all failed ITP. I suspect if they included it - NMN would too.

That doesn’t mean we can say these compounds are useless - and I know some very smart people who continue to take all 3 compounds - but it’s enough to be wary. In contrast, rapamycin’s history with the ITP has been multiple centers, multiple cohorts, and different doses, administered from early to late, all extending lifespan.

Not to mention, cross-species in yeasts, C elegans, flies, monkeys, and small-sample humans are all highly suggestive of an effect conserved along the genome.

I’m happy to be proven wrong as more data emerges though.

Extra virgin olive oil is tricky - too many incentives for substitution and adulteration unless you have frequent third-party testing - can’t rely on one-time third-party testing either, but I am in contact with a farm that ships olive oil to a nearby restaurant with a highly reputable chef and he literally checks every batch himself - never failed his quality test.

Can’t just rely on the burning sensation - it’s too commonly used as a “test” - you can easily mix other oils and still have the same effect. Not to mention, afaik, you can have no burning sensation for legit EVOO made from mature olives. Last I recall, Greece and Cyprus are under austerity measures.

Could also be azo/industrial dyes (lowest cost) that could cause cancer (classic high yield medical board association is azo dyes = bladder and liver cancers, but there are also some of the deadliest cancers - pancreatic and stomach cancer association - gut bacteria is a common source of azoreductase to benzidine which is highly toxic, especially in 1/10 with CYP1A1 polymorphism - that can be initially missed in a toxicology study). Not to mention, industrial dyes can be toxic. Things like Sudan dyes are one of the top food fraud issues according to the FDA, but food fraud isn’t usually on the consumer radar.

And even when there is a recall, almost all grocery stores don’t even notify customers of recalls or pull from shelves quickly enough.

And that’s just food, which has far more tight regulation than supplements…

Waiting for the day when I can run a portable DNA analysis and Mass Spec myself for low enough costs.

Yes, ITP is the gold standard and I am disappointed about NMN, resveratrol and metformin. Unfortunately I bought too much at the beginning and am now using them up. I take resveratrol 3x a week and have about a year supply left.

Although with NMN I definitely feel more energetic. It may not improve my lifespan, but healthspan is definitely better.

In humans the aging process is relatively long with chronic inflammation being the underlying factor for almost all age related diseases.
I’m not too sure that the same is true in mice. Inflammation may play more of a minor role.

I lean this way re ITP and human translation. For cancer mortality, likely good, for other pathways, meh. Of course, they will can create a frankenstein transgemic mouse model to explore, but these are pretty much useless.

The Benefits of Anthocyanins against Obesity-Induced Inflammation

The Benefits of Anthocyanins against Obesity-Induced Inflammation

Obesity has become a serious public health epidemic because of its associations with chronic conditions such as type 2 diabetes mellitus, hypertension, cardiovascular disease, and cancer. Obesity triggers inflammation marked by the secretion of...

There is no substitute for knowing your source
Olive oil is definitely a dietary mainstay.

Because of the rampant fraud and counterfeiting of olive oil from Europe, I only use California EVOO, because California is a fairly strict, paranoid state that puts a “may cause cancer” label on everything. (No disrespect to Californians)
Olive oil fraud is rampant.
According to a University of California at Davis study, more than two-thirds of common brands of extra-virgin olive oil found in California grocery stores aren’t what they claim to be.

“The presence of oleocanthal is indicated by the peppery effect on the back of the throat sometimes causing a cough reflex. Oleacein is known by the bitterness on the tongue. For people accustomed to purchasing olive oils awarded for flavour and aromatic character or a mellow olive oil, these characteristics of pepperiness and bitterness are often mistaken as a flaw in the olive oil” "A higher intensity number indicates a higher level of bitter and peppery flavors. Bitterness—and pepperiness—are a sign of the presence of healthful polyphenols

FWIW: I take 1tbsp of lemon juice with 1tbsp of Kirkland EVOO in a small glass and toss it back like a shot of tequila, followed by a quick drink of water.

If you want to take a deep dive into some on-the-shelf brands in the U.S with the olive oil actually purchased rather than submitted: (This is a 200+ page PDF, scroll to the bottom to see an individual analysis) Unfortunately this is from 2010, and doesn’t include the EVOO I am using.
Tests indicate that imported “extra virgin” olive oil
often fails international and USDA standards

I eat black currants almost daily, or blueberries. Chokeberry (Aronia) is also very high in anthocyanins, but is super bitter to eat stand alone (ph of 3-4). These are truly super-neutraceuticals. 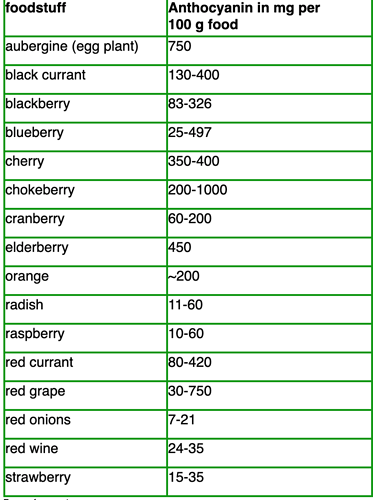 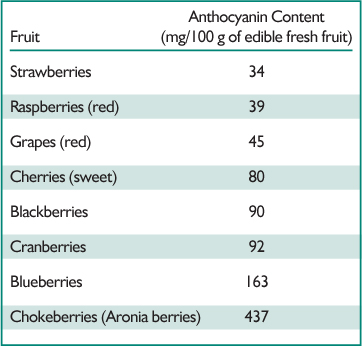