A cocoa extract was shown to improve cognition and extend rat lifespan by 11% when started midlife. The extract used was Acticoa, made by the premium chocolate manufacturer Callebaut. 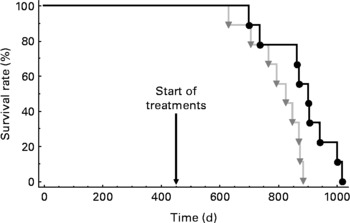 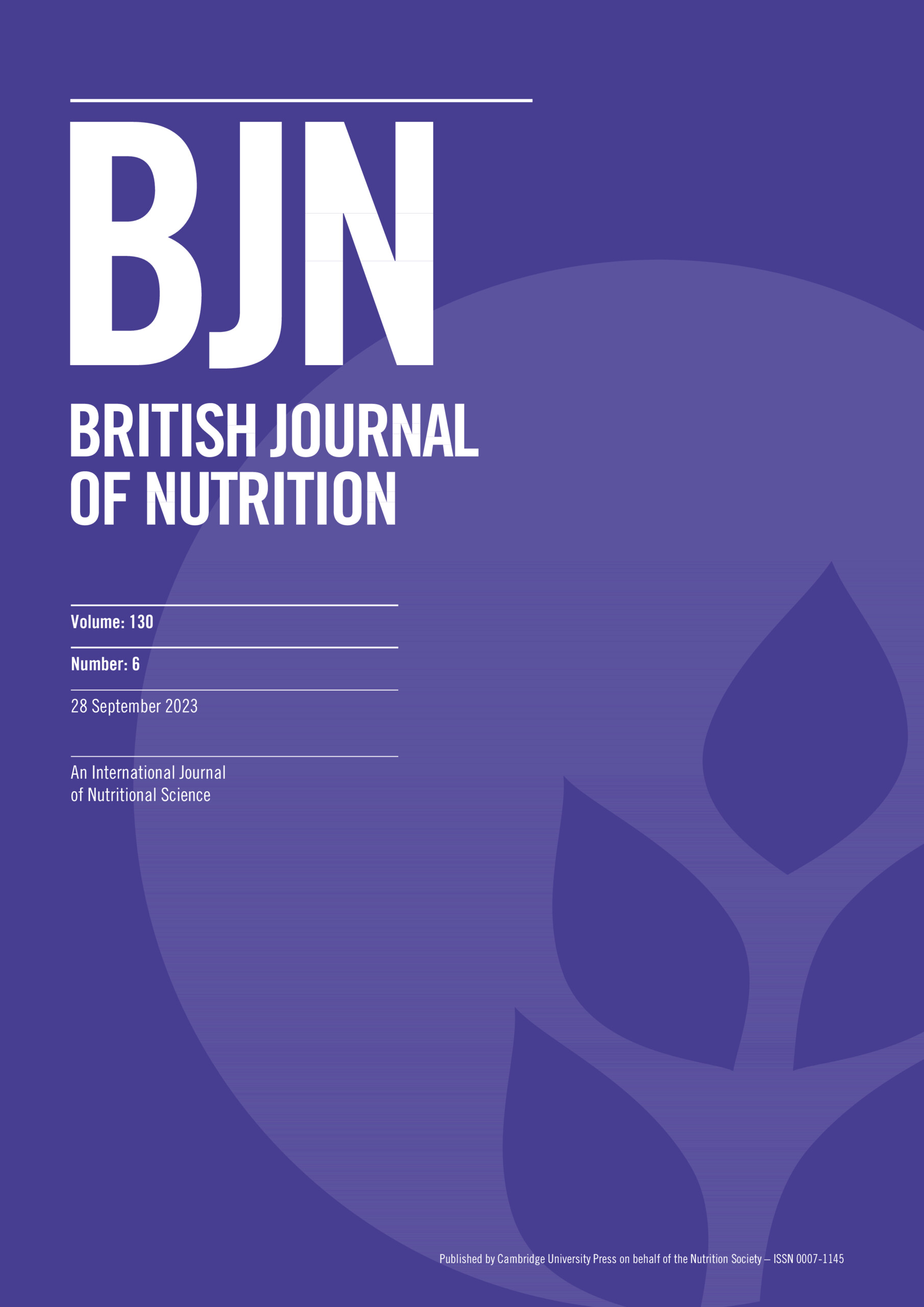 Effects of long-term administration of a cocoa polyphenolic extract (Acticoa...

I add it to my morning bowl of oatmeal. It makes it taste better, and makes it healthier to boot! Win-win.

I guess there’s this then - https://www.amazon.com/Viva-Naturals-Organic-Cacao-Nibs/dp/B00MGW81YM/ref=sr_1_5?crid=2ZHCNPMLJQBZ&keywords=cacao+chocolate&qid=1673965160&sprefix=cacao+chocolat%2Caps%2C89&sr=8-5

Damnit, NONE of the organic cacao nibs is completely clean across all test dates.

I guess Amazon.com is the cleanest and cheapest even if not organic

This is what I use:

NOW usually does a good job with their supplements. I would not expect any contaminants due to the high standards they usually have.

WHAT IS HEALTHY CHOCOLATE?

^from bryan johnson. Still, none of it is cacao which is the least processed

If the amount of heavy metals in such products as Hershey’s cocoa did any harm, I would be long dead and if not dead, then at least brain dead. I am still ticking pretty nicely at 82 and I think most of my brain is still here. I would be surprised if anyone in this forum has consumed more cheap chocolate than me.

And we know that you are far from brain dead!

Valrhona is considered by many to be the best of the best, particularly their cocoa powder. And their cocoa didn’t meet guidelines for lead or cadmium. But these guidelines are arbitrary to begin with.

Callebaut is another premium chocolate maker, especially favored by top chocolatiers in baking. I didn’t find information on them.

I really like Ghirardelli’s 60% Bittersweet dark chocolate chips. Affordable and good quality. And they’re in the green for lead and cadmium.

Nootropicsdepot is one of the best supplement companies in the industry. They’re popular on reddit. They have a really good lab where they are testing all of their supplements. So I was going to say you might want to reach out to them to get some good lab tested cocoa. But it turns out they have an extract! 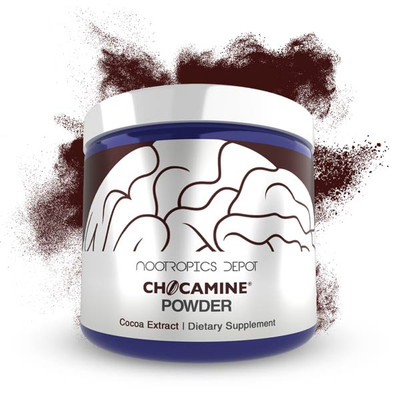 You can email their support and get the lab analysis.
I haven’t looked at this topic in detail yet. But I buy most of my supplements from them.
I wonder how much flavonols it has though.

edit: not much! Unfortunately.

From the link you posted above;

Yes, I haven’t been paying much attention to this thread yet. What’s interesting with the ingredient list?

I really think the amounts of heavy metals found in Hershey products are harmful to any but the very young.

I have been eating mainly Hershey’s chocolate in all of its forms since as young as I can remember. It has not caused any harm that I have been able to detect so far at age 82.

There isn’t much flavonols in Chocamine which I posted unfortunately.

The flavanols in cocoa are mainly (-)–epicatechin, (+)–catechin, EGCG, and procyanidins B1 and B2. Then there are flavonols like luteolin, orientin, isoorientin, apigenin, vitexin, ixovitexin, naringenin, prunin, hesperidin, and quercetin in some cocoas, too. We sell (-)–epicatechin, EGCG, apigenin, hesperidin, and quercetin by themselves, so you can take exactly what you want. Then we just released Vignatex for vitexin and isovitexin. Our tart cherry has the procyanidins, and our Pomella has proanthocyanidins. Then we are working on multiple of the other flavones as standalones, too. I didn’t see a reason to try and go down the road of doing it with cocoa. Chocamine is more for the stimulating aspects. You could add in other flavones/flavanols/flavonols separately to get exactly what you want if you want to boost that side of things.

That brings me to my other main point. Grouping flavanols all together in a standardization with cocoa doesn’t make a whole lot of sense to me. You know why? I could blow everyone else’s numbers out of the water by just adding in a cheap flavanol to our Chocamine. ConsumerLab ain’t separating the flavanols out in the data and looking to see if they fit the natural ratios in cocoa, so I bet many of these samples are just spiked. It’s the cheapest and easiest way to do it. I would bet money if we test all these samples they did, and look at the ratios of the flavanols, we would find our answer. I think we’ll find a big peak from a single flavanol in there. My bet would be EGCG. You think these massive companies like Nestle, Hershey, and Mars candy give one flying fuck about the scientific validity of what they are claiming? Nestle literally murders people around the world to keep their stranglehold on things. Mars, Nestle, and Hershey all have claims against them for using child slaves… Mars Candy is the one behind CocoaVia 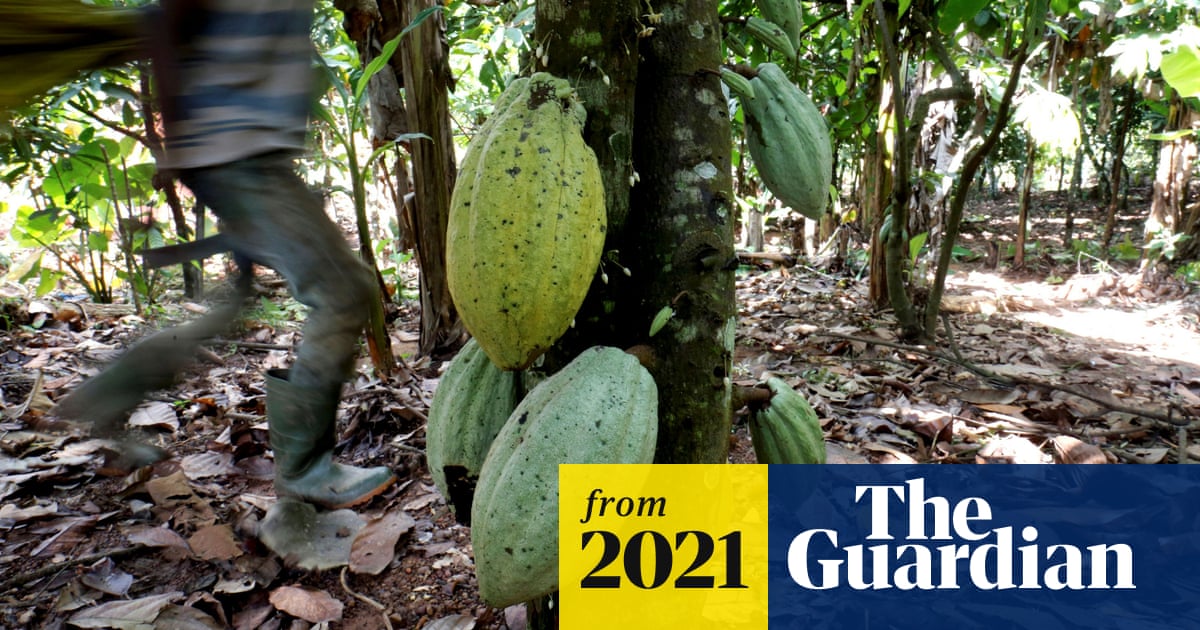 Mars, Nestlé and Hershey to face child slavery lawsuit in US

You think those guys have the scientific integrity to really look at the ratios of the flavanols in their cacao, and put QC steps in to ensure they match the natural ratios? Or do you think it is more likely they are adding as much EGCG to the batches to get the “total flavanols” number higher than their competitors? I have not gone out and tested cocoa/cacao products on the market, so I don’t have the broad data to say for sure. However, I know how this industry works, and I know how big of pieces of shit the big players in it are. Hell, maybe they are testing for the ratios, and our data will show that. However, I think we will find not.

Also, why was our Chocamine (not standardized to flavanols) and Mars’ CocoaVia the only cocoa supplements tested?!? They choose one supplement made for high flavanols, and then one that is not, and call that a day for the supplement group?!? They pick the very thing CocoaVia is made for, but ours is not, and use that as the sole measure of things? Now that this whole thing has been brought up, I am going to discuss with my lab director about doing a proper flavanol assay in cocoa. I want to see the amounts and ratios in all these extracts. $100 says we find many are spiked with something like EGCG. If that’s the case, just take our EGCG and epicatechin and know exactly how much you are getting. 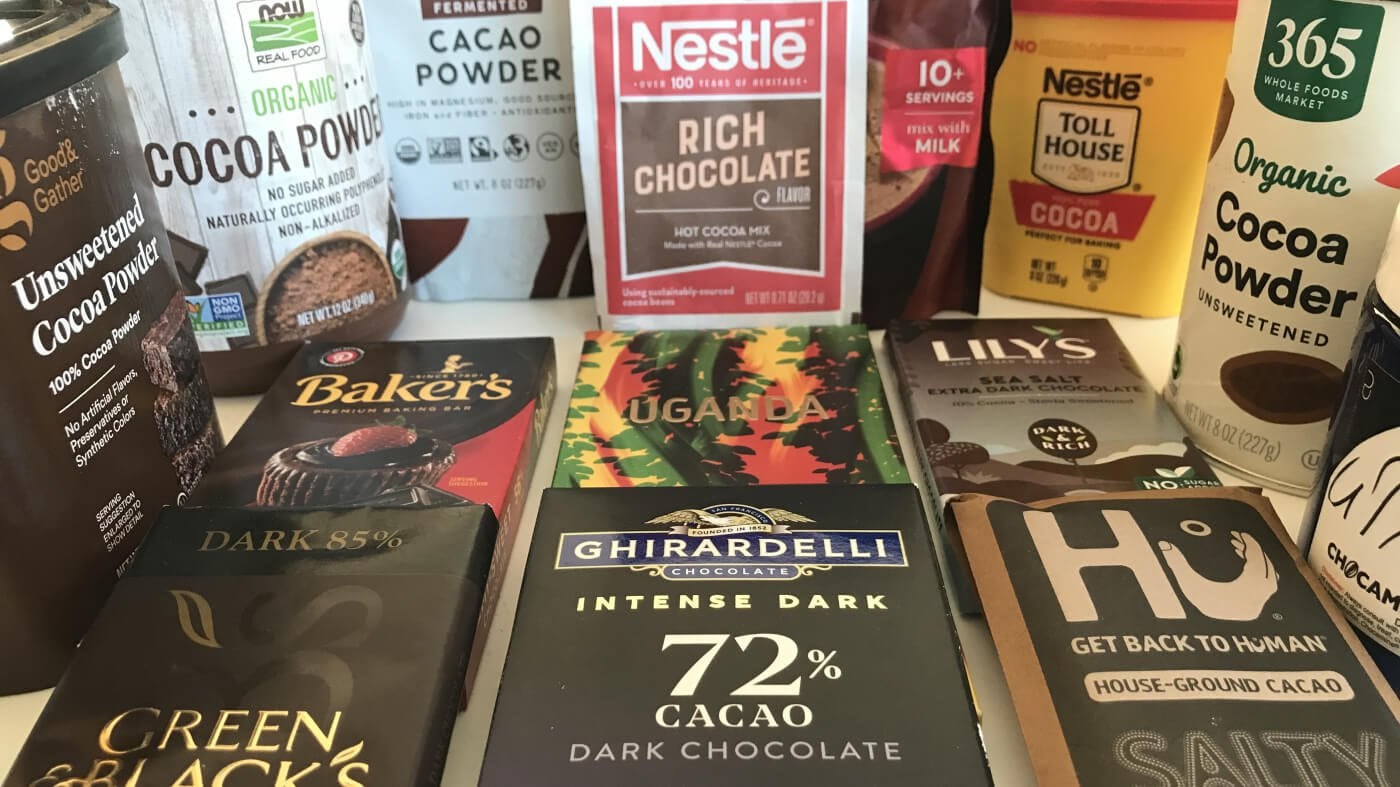 This is definitely “not” a consumerlab pdf on the topic:

Well, I can take some solace in this:

I found this section of Bryan Johnson’s website of interest… 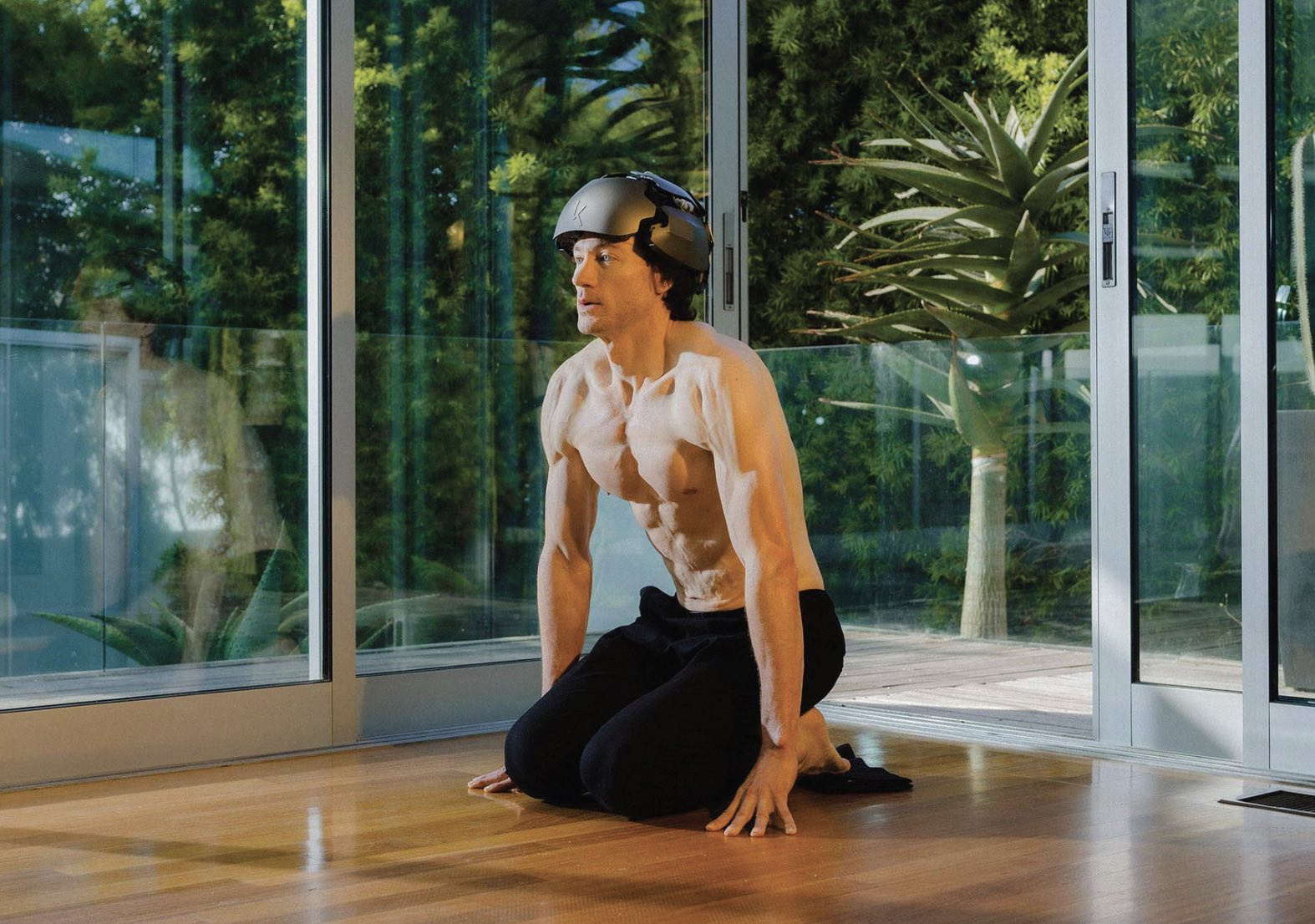 On the surface, Blueprint may seem something about health, wellness and aging. It's really a system to make tomorrow better for you, me, the planet and our shared future with AI.

WHAT IS HEALTHY CHOCOLATE?

BLUEPRINT IS LEVEL 5 ONLY

And the brand he uses…

Cocoa, rich in polyphenols, has been reported to provide many health benefits due to its antioxidant properties. In this study, we investigated the effect of Cocoa polyphenols extract (CPE) against oxidative stress-induced cellular senescence using a...

Eat cocoa, continue to hear? Both sound good to me (as it were) …

I have a sub. Ghirardelli is their top pick but frankly, why not just take a very small amount of cacao nibs and check lead amounts much more so - I don’t eat much every day and unlikely to go over on cadmium.

A large fraction of the South-American cacao production is affected by new cadmium (Cd) regulations in cacao. This work was set up to characterize the…